On Christmas Eve, George Bailey looked around wistfully as shut off the light in the AP department and headed out for the night. He was proud of the team’s work and the efficiencies they achieved together, yet he couldn’t help thinking about other career choices he could have made. He wondered if his role as AP manager really made a difference.

George pulled up the collar of his jacket as he walked home in the brisk air. It had recently begun snowing and the pavement was slippery. He chided himself for wearing the wrong shoes as his feet became drenched and he kept sliding on the snowy pavement. He liked to take these backroads on his way home so he could think about the day and enjoy the quiet beauty of this secluded area.

Suddenly, George saw two headlights careening toward him.  In an effort to get out of the way, he lost his balance and fell against a tree, hitting his head. He was stunned and it took him a few minutes to realize what happened. The car was long gone, but when he looked up there was someone bending over him, calling his name. 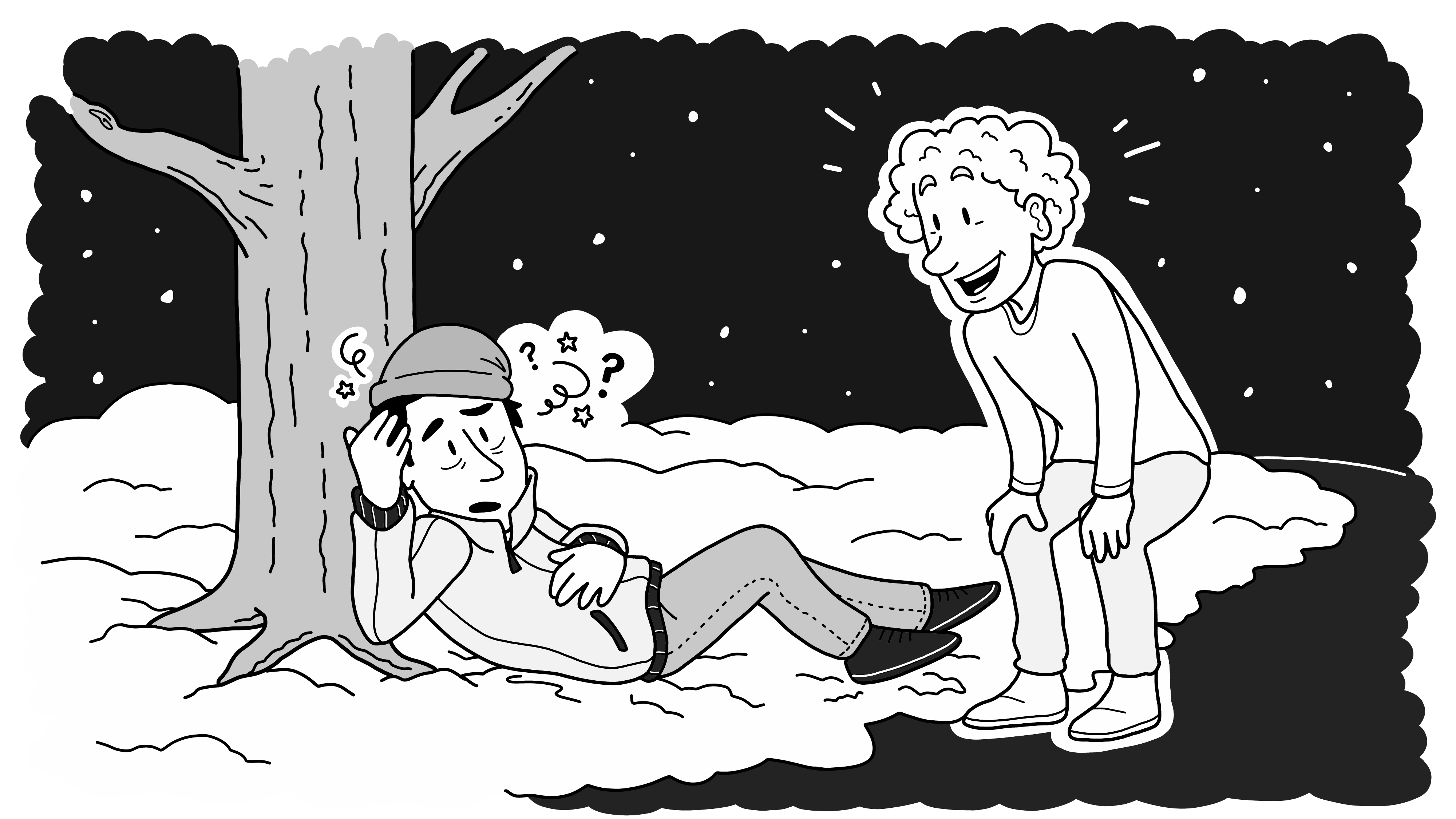 “I’m Clarence. You took quite a spill right there. Are you okay?”

“Yes, but where did you come from? There’s nothing around here for a couple of miles. And how do you know my name?”

“I must have hit my head harder than I thought,” George muttered.

“You wondered what your life would be like if you didn’t become an AP manager and I’m here to show you what would have happened if you took another path.”

“Sure, sure,” George said sarcastically. “Do me a favor and help me up. I need to get home.”

As soon as George got up, he started to walk quickly to his house, with Clarence right in tow.

“Don’t you have somewhere to go?” George asked.

“No. You’re my assignment.”

Down a different path

George just shook his head and continued on, thinking that this poor man probably didn’t have a place to go on Christmas Eve. He would offer him a meal and a seat by the fire to thank him for his help. But a funny thing happened when he got to his house – it wasn’t his home. Instead he could see a different family inside, with different furnishings. The house looked completely different.

“You never worked in AP, so you never met your wife at the industry conference and never started a family together,” said Clarence.

“This is just crazy. I don’t believe it,” George protested.

“You wondered earlier if what you did made a difference and you’re a lucky man. I’m going to show you what would have happened if you did not choose this career path.”

In the next instant George saw was one of his vendors, Bert. He was sitting in a bare living room with five children huddled over the fireplace for warmth. There was no tree or presents, but there were a few stockings hanging limply from the fireplace.

"Without the AP solution you implemented, invoices were processed slowly, and payments to vendors couldn't be made on time. Because of that, Bert had cash flow problems and couldn't sustain his small business. He went bankrupt."

“But he poured his heart and soul into that business,” George said.

“Take me back to the office. Everything was fine when I left there.”

In a split second, George was back in the office, but instead of the dark, empty office he left, it was filled with workers. They seemed harried as mounds of paper were piled up on their desks.

“What are they doing here?” George asked. “It’s Christmas Eve and they should be home by now.”

“Yes, George. But without the AP automation solution you implemented, everything is still being handled manually, and there are so many invoices that still have to be processed before they can go home for the night. I’m afraid many of them won’t make it home for Christmas Eve dinner tonight,” Clarence said.

“This is terrible. I want things to go back the way they were,” George said.

In within a moment George was back at his house, except this time, it was his home. The street was full of cars and there was a crowd of people entering the house. He walked inside and saw members of the AP team with their families, laughing and enjoying the moment. George was looking for his wife, Mary, and their children but it was hard to find them through the crowd.

“There you are,” said Ernie, who heads up Accounting. “I meant to thank you, now that we have real-time accurate information, we can get the monthly close done ahead of time, so we can all enjoy the holidays.”

George noticed Bert in the corner with his family, and they all looked like they were having a good time. “Hi Bert. Am I glad to see you! How is your business going?”

“Great,” Bert beamed. “Best year ever. During the holidays my wife and I are taking the kids to Disneyworld.” And when they heard that, the kids whooped it up as if on cue.

George saw Mary in the corner of his eye and ran over to her. “What’s going on, Mary? Why is everyone here?”

“With a December birthday, you’re always getting gypped so I thought I’d do something special this year. I mentioned it to a few people in the office and they were really excited about it and said they couldn’t wait to celebrate with you.”

Clarence leaned over and said, “See George. You had a wonderful life in AP and you impacted so many people."

“Yes, I had a wonderful AP life, and I wouldn’t trade it for anything.” Just then, a breeze swept through the room and the bell on the Christmas tree jingled.

“I got my wings!” Clarence said. 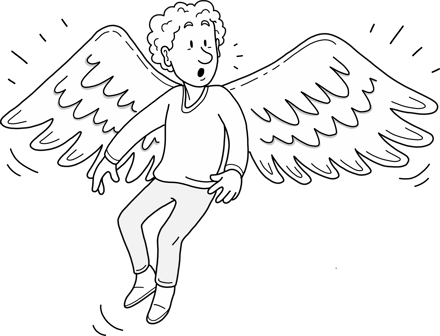 “You certainly deserve them. I’ll never forget you.” And as he turned back to speak with Mary, Clarence disappeared.

Mary tried to get everyone’s attention, which took a few minutes, since the room was full of laughter and merriment. “Let’s all wish George a happy birthday and merry Christmas." She started a chorus of “For he’s a jolly good fellow,” and everyone joined in. George couldn’t think of another place he’d rather be.